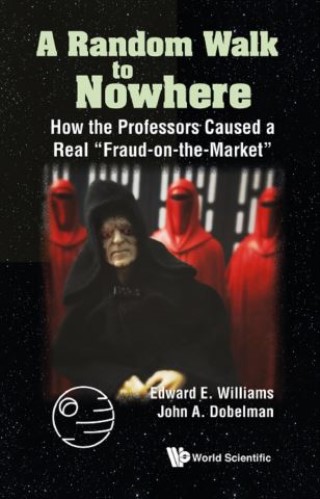 A Random Walk to Nowhere

How the Professors Caused a Real “Fraud-on-the-Market”

This book is about an intellectual fraud, one that has become part of legal doctrine that has greatly influenced decisions all the way up to the United States Supreme Court. The 'efficient market hypothesis' (EMH), born from the Random Walk theory, started out as an honest attempt to improve insights into how financial markets work, but eventually became almost a religion that every financial economist had to buy into, or risk professional crucifixion. The EMH began over a half century ago. It posits that share prices reflect all available market information, and that it is impossible to consistently outperform the market. This theory dominated research in the academic financial community from the outset, and has continued to do so for decades. Meanwhile, the evidence for above-average profit-making opportunities in the markets has been unfairly suppressed.

Written for practitioners in the business, finance and legal industries, this book outlines the major issues that gave rise to the fraud, focusing on the role of statistics in the rise of what the authors call the 'New Finance.' It details the developments and results of the exclusion of other theories from efficient markets research and highlights the problems arising from a dogmatic adherence to EMH.