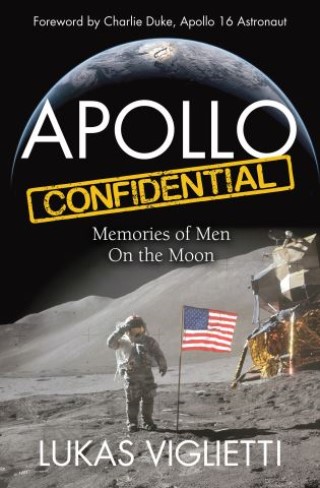 Memories of Men On the Moon

The inside stories of the Apollo program and the live of astronauts, as told to the author by the men themselves—with a forward by astronaut Charlie Duke.

Between 1969 and 1972, twelve people walked on the surface of the Moon. Twelve others flew over its majestic surface. They were the sons of ordinary individuals. But they believed anything was possible―and they proved it to the entire world.

Fascinated by these men—heroes such as Alan Shepard, Neil Armstrong, Buzz Aldrin, and many others—airline pilot Lukas Viglietti personally recorded their testimonies, becoming a close friend and confidant to many of them in the process. Now he shares his exclusive and unprecedented insight into their adventures and the Apollo program overall in Apollo Confidential.