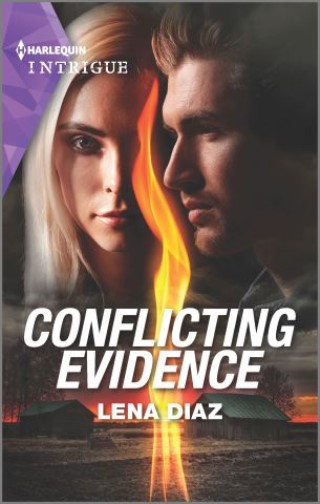 A shocking act of violence tore them apart.
Now they must join forces to find answers…

Peyton Sterling’s brother has escaped prison, and she’s determined to prove his innocence. Despite her volatile past with US Marshal Colin McKenzie, she knows she needs his help to discover the truth. Colin’s ready to put his career and life on the line to protect her, but secrets in Peyton’s family could prove to be more dangerous than anything they’ve faced before.

Lena Diaz: Lena was born in Kentucky and has also lived in California, Louisiana, and Florida where she now resides with her husband and children. Before becoming a romantic suspense author, she was a computer programmer. A former Romance Writers of America's Golden Heart® finalist, she also won the Daphne du Maurier award. She loves to watch action movies, garden, or hike in the beautiful Tennessee Smoky Mountains.