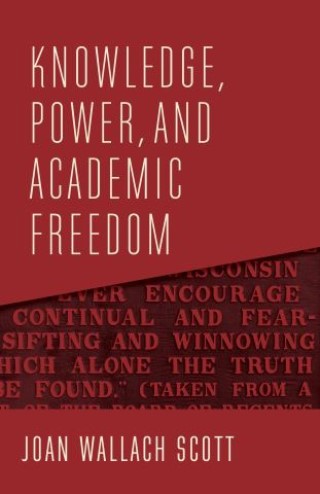 Academic freedom rests on a shared belief that the production of knowledge advances the common good. In an era of education budget cuts, wealthy donors intervening in university decisions, and right-wing groups threatening dissenters, scholars cannot expect that those in power will value their work. Can academic freedom survive in this environment—and must we rearticulate what academic freedom is in order to defend it?

This book presents a series of essays by the renowned historian Joan Wallach Scott that explore the history and theory of free inquiry and its value today. Scott considers the contradictions in the concept of academic freedom. She examines the relationship between state power and higher education; the differences between the First Amendment right of free speech and the guarantee of academic freedom; and, in response to recent campus controversies, the politics of civility. The book concludes with an interview conducted by Bill Moyers in which Scott discusses the personal experiences that have informed her views. Academic freedom is an aspiration, Scott holds: its implementation always falls short of its promise, but it is essential as an ideal of ethical practice. Knowledge, Power, and Academic Freedom is both a nuanced reflection on the tensions within a cherished concept and a strong defense of the importance of critical scholarship to safeguard democracy against the anti-intellectualism of figures from Joseph McCarthy to Donald Trump.