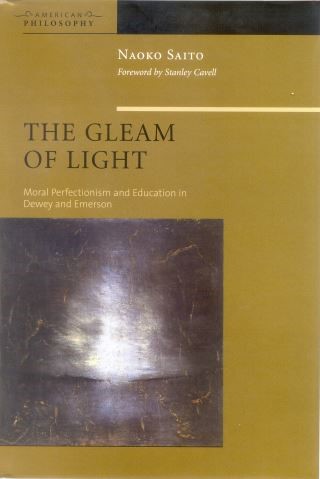 The Gleam of Light

Moral Perfectionism and Education in Dewey and Emerson

In the name of efficiency, the practice of education has come to be dominated by neoliberal ideology and procedures of standardization and quantification. Such attempts to make all aspects of practice transparent and subject to systematic accounting lack sensitivity to the invisible and the silent, to something in the human condition that cannot readily be expressed in an either-or form. Seeking alternatives to such trends, Saito reads Dewey’s idea of progressive education through the lens of Emersonian moral perfectionism (to borrow a term coined by Stanley Cavell). She elucidates a spiritual and aesthetic dimension to Dewey’s notion of growth, one considerably richer than what Dewey alone presents in his typically scientific terminology.