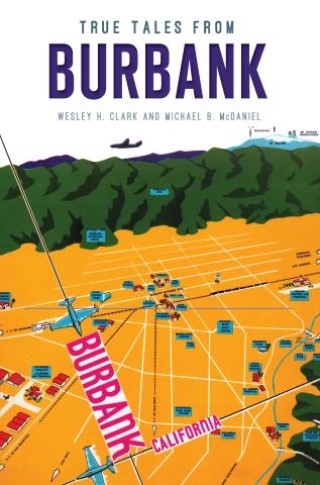 Home to the likes of Disney and Warner Bros., Burbank has a fascinating history beyond the glitz and glamour of its entertainment industry. Discover the true story behind the mysterious Night Riders and how the Druids came to visit. Learn about the plans to film biblical epics in town and how the Crank Conventions came to be. Delve into tales of rodeo queens, Hollywood stars, Mouseketeers and a flying lion cub. Wesley H. Clark and Michael B. McDaniel, authors of Lost Burbank and Growing Up in Burbank, take you on a surprising and whimsical tour of the people, places and events of this historic San Fernando Valley city.

Wesley H. Clark: Wes Clark's family moved to Burbank when he was eight. He met Mike in 1972, and they graduated from Burbank Senior High School in 1974. Clark lives in Springfield, Virginia, with his wife of thirty-eight years--they have three kids and six grandchildren.

Mike McDaniel was born at the Burbank Community Hospital and has lived in Burbank in the same house for sixty-two years. He has been married for thirty-nine years; he and his wife have five children. Mike has worked for the City of Burbank for thirty years.