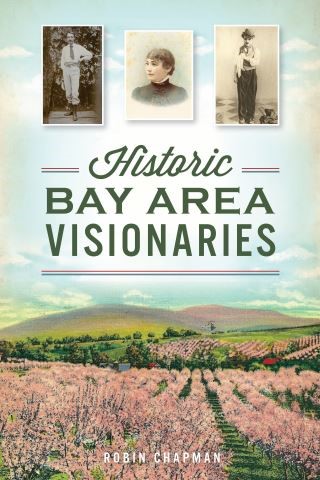 For centuries, California's environment has nurtured remarkable people. Ohlone Lope Inigo found a way to protect his family in troubled times on the shores of San Francisco Bay. Pioneer Juana Briones made a fortune from her rancho yet took the time to care for those in need. Innovator Thomas Foon Chew discovered a climate for success, in spite of the obstacles. Around the region that became Silicon Valley, filmmaker Charlie Chaplin found inspiration, poet Robert Louis Stevenson uncovered adventure and Sarah Winchester built a house that would intrigue people long after she was gone. Author Robin Chapman shares fascinating tales of those who exemplify the enterprising spirit of the Golden State.

Robin Chapman: Robin Chapman is a longtime journalist who is a native of the Santa Clara Valley. She earned her master's degree in journalism from the University of California-Los Angeles and worked at KRON-TV in San Francisco and several other stations in the West before heading to Washington, D.C. In 2009, she returned to California and authored California Apricots. She now writes a history column for a Silicon Valley weekly and serves on the board of the Los Altos History Museum. This is her fifth book.